We can all make a difference.

Our living planet is a source of wonder and joy, with a myriad of the world’s most beloved species – the lion, orangutan, tiger, elephant, gorilla, rhino – roaming in their natural habitat. But their life is being threatened and many of them are now close to extinction. In just over 40 years, we’ve seen a shocking 60% decline in the size of mammal and amphibian populations (WWF Living Planet Report 2018).

Nokomis is committed to ensuring these beautiful creatures remain in ours and in our children’s lives. We work with wildlife organizations and government agencies to provide fertility solutions for the recovery and security of some of the world’s most recognizable species, species such as the endangered Orangutan. But to save our living planet, we must all do our part. 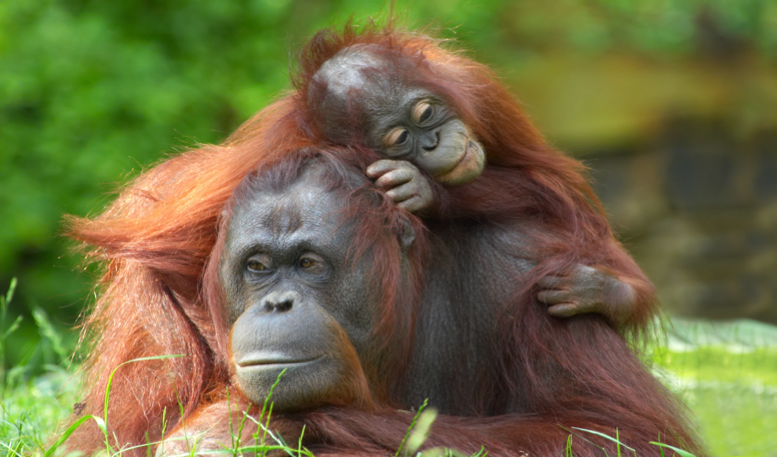 Sumatran orangutans exist only on the Indonesian island of Sumatra. Over the last 75 years, their population has been diminished by 80% due to human encroachment of their forest habitat.

The largest bear in the world, the Polar Bear is a symbol of the strength and endurance of the Arctic.

ENDANGERED SPECIES AND OUR WARMING WORLD

From penguins in the Antarctic to butterflies in Spain to coral in the Great Barrier Reef off Australia, as the world warms these species are disappearing.

The Polar Bear is particularly at risk due to climate. Polar bears rely on sea ice to hunt, rest, breed, and store energy for times when food can be scarce. Loss of that habitat is their biggest threat to survival. With climate change causing the Arctic to heat up twice as fast as anywhere else on the planet, the Arctic sea ice cover is shrinking by 14% per decade.

What that means for the Polar Bear

For every week earlier that the ice breaks up, polar bears lose roughly 22 pounds. They suffer from malnutrition and in some extreme cases face starvation – especially females with cubs. Unhealthy bears lead to lower reproduction rates and extinction in certain areas. The main cause of death for cubs, according to scientists, is either lack of food or lack of fat in nursing mothers.